The traditional and mini facelift smooth and tighten the surface, while leaving the underlying tissue untouched. The deep plane facelift uses advanced technology to reposition and tighten deeper layers of facial tissue to provide more subtle, natural results without a tight or pulled appearance.

What is a Deep Plane Facelift?

Now that cosmetic medicine experts know how deeper tissues affect aging patterns, the skin-only facelift is a thing of the past. Dr. Schoenfeld specializes in facial rejuvenation and offers the traditional SMAS facelift, SMAS mini facelift, and deep plane facelift. The conventional facelift and mini facelift tighten loose skin and address the subcutaneous muscular aponeurotic facial system (SMAS), the muscle and connective tissue layer that separates the skin from the underlying nerves and other structures. The traditional facelift offers positive results, but the effects of aging can also extend below the SMAS.

The deep plane facelift offers patients longer-lasting results when compared to the traditional or mini facelift. This procedure gains access to deeper tissues while allowing the skin to remain attached to the SMAS.

Dr. Schoenfeld detaches and repositions the skin and facial tissue as a unit during the deep plane procedure for a more permanent and natural effect. Although the deep plane lift is a more invasive facelift, it is performed with limited incisions and causes less trauma because the skin is not separated from the underlying facial tissue.

The deep plane facelift provides natural-looking results. It is beneficial for younger and older patients, as it offers the most significant facelift results and long-lasting rejuvenation. The deep plane facelift addresses the lower third of the face and may be paired with a complementary procedure to address aging brows or eyelids. If heavy neck drooping is an issue, a neck lift may be combined with the deep plane facelift to tighten the vertical cords and bands and remove excess fat using a hidden incision below the chin.

Benefits of the Procedure

Deep Plane Facelift Before & After Photos

* Each patient is unique and individual results may vary.

Dr. Schoenfeld customizes each deep plane facelift to match his patient’s personal goals. The before-and-after photos from his practice showcase subtle, noticeable transformations. Previously drooping deep facial tissue within the cheeks, jaws, and neck have been elevated, and the skin appears refreshed and firm.

The deep plane facelift is an advanced plastic surgery procedure that is beneficial for men and women in good health who desire facial rejuvenation, jaw and upper neck definition, and long-lasting, natural-looking results.

The facelift procedure is suitable for non-smoking individuals in their late 30s and early 40s who wish to reduce the early signs of aging, as well as patients in their late 40s and 50s. Results may vary, and ideal facelift candidates must have realistic expectations. Deep plane facelift candidacy is determined during a private consultation and examination.

Your Consultation in Washington, D.C.

Men and women who want to improve the appearance of lax facial tissue, reduce the appearance of jowls, and lift sagging skin, may benefit from a deep plane facelift. An initial consultation can be scheduled with Dr. Schoenfeld at RENU in Washington, D.C. to learn more.

Dr. Schoenfeld reviews the patient’s medical history, asks about their aesthetic goals, and completes a physical assessment. Advanced computer imaging technology helps candidates visualize possible results, determine if cosmetic surgery is the best choice, and establish mutual goals with Dr. Schoenfeld. If the deep plane facelift is determined to be the best option, a personalized surgical plan is created based on the patient’s needs.

The deep plane procedure requires an advanced level of skill and expertise. Dr. Schoenfeld Is an expert facial plastic surgeon who uses minimal incision plane facelift technology to elevate the cheeks, jowls, and neck tissue without creating a pulled appearance.

Dr. Schoenfeld performs the deep plane facelift using IV sedation or general anesthesia. The surgery takes approximately 3 to 6 hours. A hospital stay is not usually necessary but may be recommended to begin the healing process and increase the patient’s comfort.

The doctor begins the facelift surgery with meticulously-placed incisions at the temple that run in front of the ear and behind the tragus to conceal the incision. The incision remains tucked behind the ear lobe, follows the crease behind the ear, and enters into the hairline discreetly.

Dr. Schoenfeld utilizes the deeper SMAS layer for strength and support as he elevates the cheeks, jowls, and upper neck tissues and secures them with permanent sutures. He then removes excess skin at the incision site and closes the incision with two or three layers of sutures to hold the results in place while encouraging appropriate healing with minimal scarring.

Facelift procedures (rhytidectomy) have been performed safely for many decades. Medical advances and the refinement of modern techniques make the facelift safer and more effective than ever before. The deep plane facelift is a modern rhytidectomy procedure that provides consistent and satisfying results.

With that said, the deep plane facelift is also an invasive procedure that carries a small risk of complications, which can include bleeding, infection, nerve damage, unfavorable scarring, and facial asymmetry.

Choosing a skilled surgeon reduces these risks significantly. Dr. Philip Schoenfeld is board-certified by the American Board of Plastic Surgery. He has been performing facelift surgeries for over 20 years and is recognized as one of the top facelift providers in the USA.

The name “deep plane facelift” can lead patients to believe that this is a more significant surgery compared to a traditional facelift. However, less trauma is involved during the deep plane facelift because it allows the skin and muscle to remain attached to the underlying facial system.

Dr. Schoenfeld will explain the postoperative care and recovery during the consultation. Patients should read over the postoperative instructions and contact the office prior to the day of surgery if any questions arise. The facelift recovery period varies depending on the details of the surgery.

Two small drains may be used to prevent an accumulation of blood and fluid under the skin. The patient must keep their head elevated and intermittently apply ice packs to reduce swelling. A full facelift bandage is applied to the face for 24 hours, then this dressing is swapped for a smaller one that is worn for the first week.

Swelling and bruising can be expected with some residual swelling for three months or longer. Scarring is typically minimal and fades gradually as the stitches heal. Some bruising and swelling are common in repositioned areas.

Discomfort is typically mild, and Dr. Schoenfeld prescribes the appropriate pain medication to encourage patients to rest comfortably during their healing process. Temporary numbness and tightness are common and may last for several months.

Patients must remain committed to stopping smoking for several weeks before the facelift operation and at least four weeks after because cigarettes can impact circulation and delay wound healing. It is important to note that quitting smoking entirely will help ensure long-lasting results.

Dr. Schoenfeld performs a follow-up appointment in one week. During this time he removes the bandages and sutures. Patients typically return to work or school approximately two weeks after a deep plane facelift.

Why Choose Dr. Schoenfeld at RENU in Washington, D.C.

Dr. Philip S. Schoenfeld, M.D., F.A.C.S., is the founder and director of RENU Artful Medicine in Washington, D.C., where he has been performing facial plastic and reconstructive surgery for over 20 years. Dr. Schoenfeld is double board-certified in otolaryngology/head and neck surgery and facial plastic and reconstructive surgery. He received his undergraduate degree at Hobart College where he majored in chemistry and minored in religious studies. Dr. Schoenfeld received his medical degree from New York Medical College and completed residency training at the highly-acclaimed Walter Reed Army Medical Center.

Dr. Schoenfeld served 10 years in the US Army, including five years in the 82nd Airborne Division. He also served as Chief of the Department of Otolaryngology and Facial Plastic Surgery at Fort Bragg in North Carolina. Dr. Schoenfeld is a highly-respected surgeon who has been awarded the MINDBODY Visionary Award. Read Dr. Schoenfeld’s reviews online.

How long does the deep plane facelift take to perform at RENU?

Dr. Schoenfeld’s deep plane facelift typically takes between three to six hours to perform, depending on the surgical details, the level of correction, and whether complementary treatments are planned in conjunction with the facelift surgery.

What deep plane facelift office is near me?

If you live near Chevy Chase, MD, RENU by Dr. Schoenfeld offers deep plane facelift among its services and is conveniently located at 5454 Wisconsin Ave #1625, Chevy Chase, MD 20815.

The deep plane facelift creates minimal to no visible scarring. Rather than separating the skin from the supportive tissue or muscles, Dr. Schoenfeld lifts the skin, underlying muscle, and tissue as a unit. Moving the skin and the underlying structure together reduces tension or pulling on the incisions, thus reducing scarring. Dr. Schoenfeld explains the incisions and possible scarring during the consultation.

Mild-to-moderate discomfort may be experienced after the deep plane facelift. Dr. Schoenfeld prescribes medication that allows patients to comfortably heal during the recovery.

When can I return to work after a deep plane facelift?

Dr. Schoenfeld removes the stitches and performs an examination after one week. At this time, he provides an assessment of the patient’s recovery progress and a recommendation for returning to work and resuming regular activities. Patients typically feel well enough to return to work approximately two weeks after a deep plane facelift.

After a few consultations here in NY for aLower Blepharoplasty I was referred to Dr. Schoenfeld. I had a wonderful zoom consultation and felt extremely comfortable after speaking with him. I had the surgery which was pain free and am beyond ecstatic with the results. The travel was well worth it and the entire experience way my beyond my expectations.

BEST in all of WASHINGTON. Possibly the whole country!! Couldn’t recommend any more. So pain-free, results last for so long and Dr Schoenfeld is the friendliest! 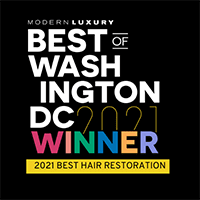